I am a freelance film, TV and entertainment journalist.
Originally from the UK, I am now based in Los Angeles.
I work across TV, radio and online.

Actor Alan Rickman, A Critical And Financial Success, Dies at 69

Alan Rickman leaves a diverse body of work that many actors can only dream of, both critically and financially. He was an internationally renowned talent who once described his film career as “a bit of a surprise.”. The 69-year-old actor, writer and director only found fame in his late 30s, but in the three decades after, he played roles in some of the best-loved films in cinema, featuring in movies that generated over $10.2 billion in ticket sales worldwide.
Forbes Link to Story

Going to a theme park with a bag always slows you down, but when you next head to Universal Studios Hollywood you will need to take one. To carry a spare pair of pants. Take it from us, if you're checking out the new The Walking Dead Attraction, you'll probably ruin the ones you're wearing. It officially opens to guests on July 4 but a week ahead of that, Digital Spy was one of the first to get a peek inside.
Digital Spy Link to Story

By Simon Thompson Make sure you take spare pants when you go to see The Shallows because when the shocks come, chances are, something’s going to give. Director Jaume Collet-Serra’s resume is littered with films that grip you but sometimes flirt with so many genre clichés that you’re begging for them to just get a room.
IGN.com Link to Story

Known collectively as The Russo Brothers, Anthony and Joe Russo are the directors of what is set to be one of 2016’s biggest box office success stories, Captain America: Civil War. The first two Captain America movies made over $1.08 billion at the worldwide box office – the last one, Captain America: The Winter Soldier, accounts for $713 million of that figure alone.
Forbes Link to Story

Summer of Sequels: The Race for Box Office Billions

Independent Film Critic Simon Thompson discusses the new “Avengers” sequel that opens tonight in the U.K. and previews the movies that could be seeing billions at the box office. He speaks to Bloomberg’s Mark Barton on “Countdown.”.
Bloomberg Link to Story

Simon Thompson (@ShowbizSimon) is a highly experienced broadcaster, journalist, critic and TV producer with almost two decades of experience. He has worked for, and alongside, some of the biggest brands in the industry including the BBC, ITN, BSKYB, Channel 5, London Live, The Sun, Yahoo! , MSN, The Huffington Post, Evening Standard, The Independent, Empire magazine, Capital Radio and Global Radio's Heart brand - the largest commercial radio brand in the UK.
Various Link to Story

'I meet a lot of Hollywood actors doing what I do, but this was something else': a tribute to Robin Williams

Mork and Mindy was my Monty Python. It was a bizarre and silly comedy that made little sense to me as a 6-year-old but I know it made me laugh. I remember the first time Mork and Mindy made the cover of Look-In magazine. These are vivid memories of my childhood. I remember watching Good Morning, Vietnam with my late father and listening to the soundtrack so much that we would recite the spoken word bits back at each other in the car.
Evening Standard Link to Story

Why 'Star Wars: The Force Awakens' Is Likely To Be The Biggest Movie Of All Time

There is probably one question that gets asked more than any when it comes to Star Wars: The Force Awakens, and that is “Will it be the biggest movie ever?”. There are only a few franchises that garner, or have garnered, such fervent awareness from die-hard fans and even the casually intrigued. Even the indifferent or straight up haters have an opinion and are talking about it – many even still paying out to see it just to confirm their suspicions.
Forbes Link to Story

As a nation, us Brits can’t help but love-to-hate and hate-to-love TV characters that push the boundaries and break the rules. Audiences fall in love with characters, that despite having unruly personalities, are undeniably charming and intriguing. To celebrate the launch of The Sopranos series 1-6 on Sky Box Sets, we’ve teamed up with Sky and TV and Film journalist, Simon Thompson, to identify top irresistibly likable but undeniably complex characters and loveable rogues from all-time classic box sets.
Metro Link to Story

I am a freelance film, TV and entertainment journalist. Originally from the UK, I am now based in Los Angeles.

I have experience of working across digital, newspapers, magazine as well as radio and TV (both on and off camera). I can create everything from in depth feature pieces to lighter news pieces, with short and long form, as well as Buzzfeed-style list pieces.

I have over a decade of experience interviewing the biggest names in the world of entertainment. My interviews have made headlines around the world.

I regularly appear on TV and radio around the world talking about the big entertainment stories of the day. 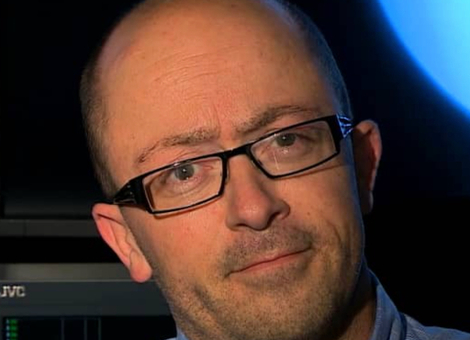